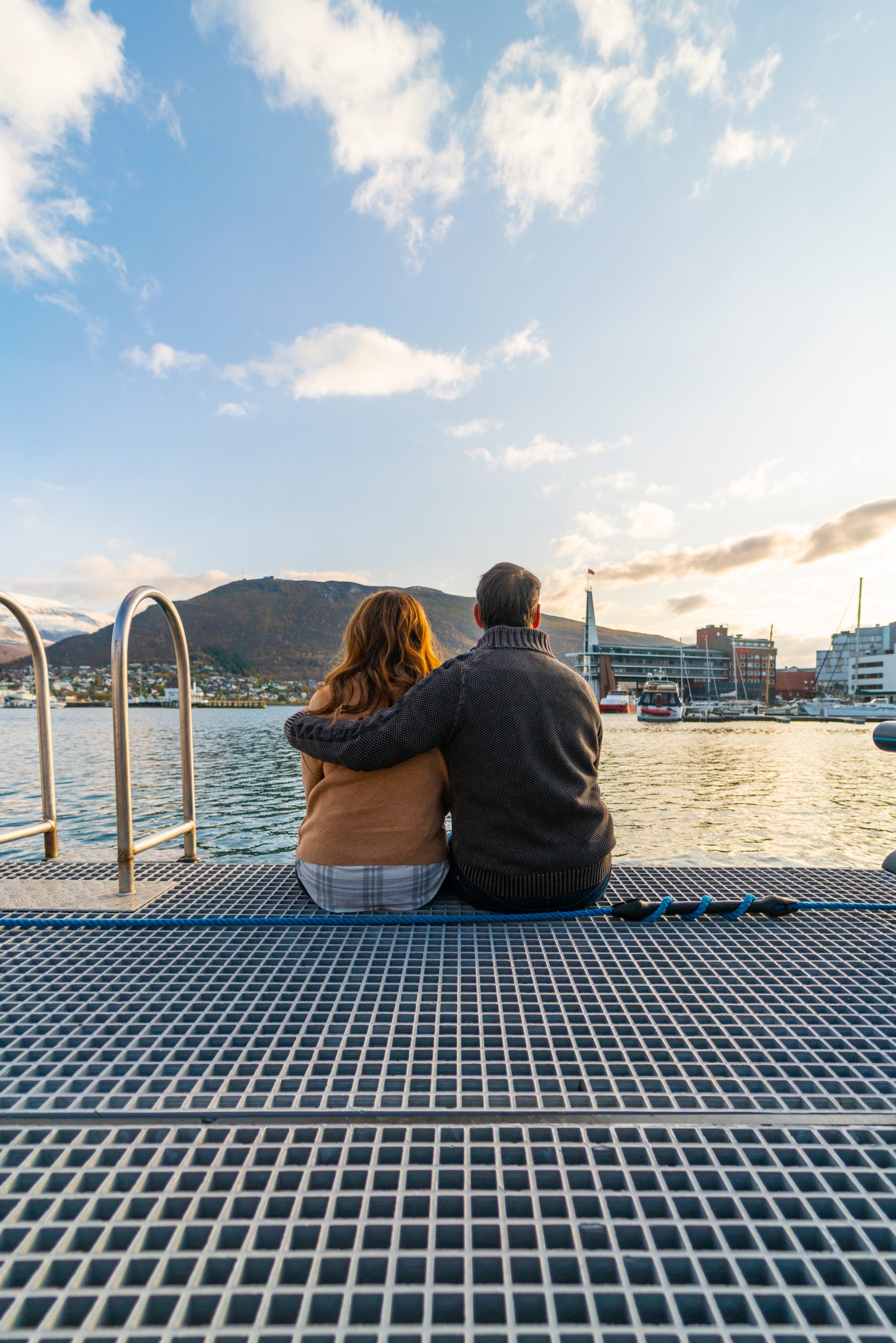 By
Tammy Miller
on

Sit back and relax, this is a lengthy post. All of my posts are straight from the heart, but this one…well, this is full of deep insights – this is a story that will tug at your heart.

A few days ago Dave and I were sitting in a beautiful restaurant for a leisurely lunch on the second floor of a restaurant on Broadway in Nashville. Our table was nestled in a cozy corner by a window.

I love these moments with Dave, where it’s just him and me and we can talk about anything ranging from funny to serious.

Our conversation turned serious. We started talking about my Mormor (my Norwegian grandma – maternal side). I was talking about her life and all the hardships she faced throughout her life. Dave has heard me talk about her many times before. In some ways I’m certain he feels like he knows her. My Mormor passed away 32 years ago. Oh how I miss her…

You’re probably wondering why the topic of this blog post is called from “survive to thrive.” Be patient, I’ll get there…

My Mormor was born in 1914 in a small village in Norway. The year 1914 was the beginning of World War I. There was a lot of turmoil globally. Fast forward 10 years, her father went to Canada in hopes of better job opportunities to provide for his wife, five daughters and another one on the way. The plan was to get a job, get settled and save money and then send for the family. That never happened. There was correspondence for a time, from what I’ve heard for a year or less, and then nothing. He never returned. He never sent for them. She never saw or spoke to her father again. I can’t imagine her heartache and that of her mother and siblings. An unspoken heartache that lasted all her life.

Some sixteen years later my Mormor married my Morfar (grandfather) in early 1941 at the age of 26. In late October of that same year they had their first son, Ove. The next December her next son was born. This was during World War II. At some point my Morfar had to leave to go defend his country against the Germans. I recall my Mormor talking about food being rationed during that time, and how she had to make so little go so far. I know oftentimes she sacrificed eating so she could feed her two little children.

My Morfar was a prisoner of war and who knows what he saw and what he experienced during that time. I’ve heard he returned home much different than before he left. I can’t even imagine the emotional and mental wounds he was carrying around. They must’ve been so heavy. Back then people didn’t talk about their feelings – you just held them in. Professional services were also not provided. I can’t even imagine. The mental and emotional anguish he suffered through is unimaginable. He turned to alcohol to numb from the deep pain. I’m certain that was hard on him and his wife and children.

When Ove, the oldest child of the family, was old enough he enlisted in the Norwegian Navy. This was a mandatory thing in Norway. I’m not certain how long he served but on July 6, 1963 he drowned in the Northern seas of Norway. He had saved an old woman but when he went back to save her husband the two drowned. The waters were frigid and the old man didn’t know how to swim.

This news clearly devastated my Mormor, Morfar and their children. Ove was the oldest sibling and he was beloved by his family and by everyone that knew him. I’ve heard so many wonderful things about him. As you can imagine, this tragic news deeply impacted the family. My mother was 14 when this happened. I’ve heard that my Mormor, especially, was never the same. I can imagine she carried a deep sadness upon her shoulders and in her heart. Her firstborn son was gone.

Her life seemed so hard. She had endured so many difficult challenges. There have been moments I have wept for all the suffering she endured in her life. It all seemed so unfair. How could one be dealt so much heartache?! Again, it just felt like life was just meant to be so hard and to just be survived. You sucked it up, didn’t talk about your emotions, suffered in silence. I’m sure her pillow was drenched in tears on a nightly basis. The loss of a child seems unbearable and it’s something I pray I never have to know.

Fast forward to 1972. My Morfar passed away on a park bench all alone from a heart attack. Another tragedy. During this same time my mother was married to my Dad (she married an American boy she met in Norway 3 years earlier). She had two kids at the time (me the oldest and my brother, Kristian). Mormor’s youngest son was serving a mission for his church in Norway, and her other two sons lived close by. I’m certain my Mormor longed for her only daughter (my mom) to live closer. The loneliness and sadness was most certainly overwhelming.

The tragic events were not over for my Mormor. In 1976 her second oldest son, Arne, was killed in a car accident. I honestly can’t even imagine the devastation and despair she must have felt. Now she had lost two of her five children. The heartache is unimaginable. Again, I’m sure she retreated and suffered in silence. The way things were then and the family patterns were such that you didn’t “burden others with your problems.” She carried such a heavy, heavy load on her weary shoulders.

I think she had intermittent moments of joy in her life, however I think that was fleeting and far between. Life was heavy, hard, difficult.

My Mom, my brothers, and myself had the blessing of living with her for about 18 months in the early early 80’s. It was such a tender experience for me. I grew to love her so much more. I remember watching her and thinking how loving, kind, generous and hardworking she was. Back then I was clueless to all that she had endured.

Over the years in between all of this, there was a lot more things she endured that I won’t mention. Let’s just say it seemed like more than one could handle…

I had several opportunities between 1984-1986 to visit her several times because we were living in Germany at the time, so we weren’t too far from Norway. Before moving back to the States, I got to spend 4 months with her. It was such a gift! I recall as a 16 years old telling her goodbye before I departed on my flight home to the States. I had a distinct impression that would be the last time I would see her. I recall not wanting to leave.

It wasn’t long thereafter that she was diagnosed with stomach cancer. She passed away 10 months after I had left Norway. I was absolutely crushed and heartbroken.

I honestly believe life just got too hard for her to digest. I believe she was carrying around far too heavy a load. A load she didn’t need to carry. Losing one child, let alone two, is something you never, ever get over. I just believe that a culmination of her life heartaches caught up with her and it was just more than she could digest. She passed away at the age of 72.

I share this story because I want to give hope to those that have endured difficult life challenges. We each have them. We are not allowed to compare our trials to somebody else’s. Nope. Your hard is hard. My hard is hard. And so it goes for the rest. I do believe that Heavenly Father gives us more than we can handle because we are human and we can’t possibly get through anything without Him and Jesus and the Holy Ghost. Without them, life would be too dang hard to do. It can already feel that way sometimes because sometimes we don’t ask for help. We try to carry our heavy load around because we don’t want to bother or burden someone with our problems. Let’s stop here for a minute….

You aren’t a burden to anyone. This is true. I know for a fact that Heavenly Father has graced us with earthy angels to help us. These earthly angels could be a spouse, a child, extended family members, a neighbor, a friend, an ecclesiastical leader, a stranger – we are each here to help each other. We are here to mourn with each other, cry with each other, bear one another’s burdens, as it mentions in the scriptures.

Life can be hard, there’s no doubt about that. Nobody will go through life without a challenge because it’s a necessary part of our growing experience. It’s part of the human experience. It’s one of the ways we get to connect with each other. It’s the biggest way to connect to Heavenly Father and Christ. Christ knows exactly what we are going through at any given moment of any day.

I believe that when we know better, we do better. This is in no way a judgment about the way my Mormor or other people I know have handled their trials. It’s just sad to me that they suffered so much in silence. That creates greater suffering and greater loneliness.

I believe today things have changed drastically for the better. We are encouraged to speak up and share our feelings. Science shows that holding your emotions in can literally cause dis-ease in the body. It makes total sense to me and I’ve experienced that for myself to know that it’s true.

We are meant to feel the full spectrum of emotions when we experience a loss of any kind. Feel those emotions no matter how uncomfortable and unpleasant it is. Then, give it to Christ. He suffered everything for you. He knows exactly what you are going through at this precise moment. Giving it to Him doesn’t take our pain completely, but the load is less heavy. We can lean on Him and ask Him to help us work through all the feelings.

I have been through my own hardships. Mine are much different than my Mormor’s, but that doesn’t mean that mine weren’t hard. They were my hard.

I have luckily learned that on the other side of survive is thrive. I’ve had family members, counselors, ecclesiastical leaders, life coaches, and especially my Father and Mother in Heaven and my Savior carry me when it all seemed like too much to carry on my own.

If you are feeling overwhelmed, tired, sad, floundering, questioning all the hard stuff, I encourage you to reach out to me or someone that can help you. Please promise me you won’t suffer in silence. I am so passionate about helping others. I just want to remind you that on the other side of survive there is thrive.

You’ve got this! ♥️♥️♥️
Much love,
Tammy

The Gift of Gratitude 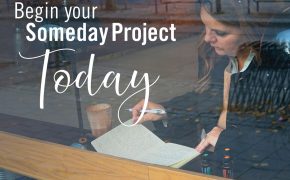 Someday is Not a Day 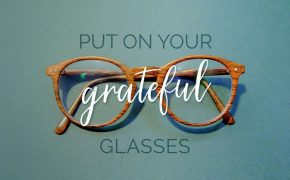 The Gift of Gratitude 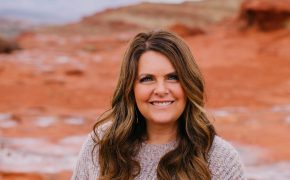